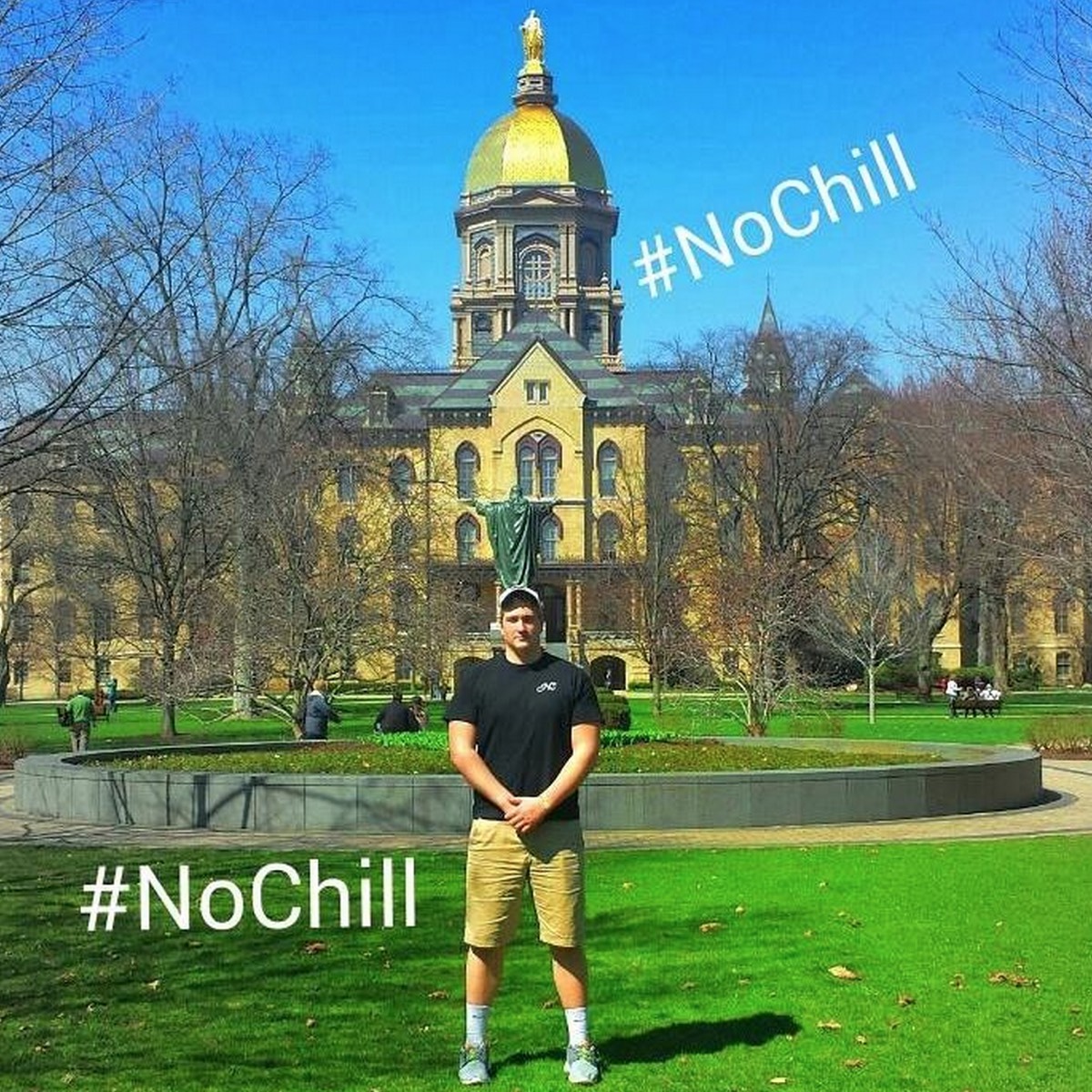 Eichenberg is from St. Ignatius High School in Cleveland, Ohio and weighs in 6’6″ 290 lbs. He will be joining former St. Ignatius teammate and current Notre Dame offensive lineman Jimmy Byrne at Notre Dame. Eichenberg will go into his final season of high school as one of the captains of the St. Ignatius Wildcats and look to improve on a fantastic junior season which ended with him being named AP All-Ohio and All Northeastern Lake District Division 1. He also picked up an invitation to play in the 2016 U.S. Army All-American game!

The Notre Dame 2016 class is now at six and Eichenberg is the second offensive lineman in the class, joining Notre Dame offensive line commit Tommy Kraemer, who is also from Ohio. After Eichenbergs commitment Kraemer tweeted him saying, “Congrats to my future o-line teammate and good friend @Iggyike17 on his commitment to Notre Dame today! You made a great decision! #OlineU.” Notre Dame has now landed two of the top offensive lineman in the 2016 class from Ohio, despite Ohio St. winning the National Championship and head coach Urban Meyers efforts to keep them in-state.

Eichenberg had taken multiple visits to Notre Dame, with the latest being the weekend of April 11, when he was able to watch a session of Notre Dame spring practice. He has a great relationship with Notre Dame offensive line coach Harry Hiestand, who is doing an amazing job recruiting and his current players love playing for him and learning from his vast array of knowledge.

One more year of high school remains for Eichenberg to continue to work on a few things Heistand has pointed out to him and to keep putting in time in the weight room. Its a big pick-up for Brian Kelly and his staff as they continue to work towards building a championship team.